We are days away until the big day, Christmas! So the question is have you managed to do all of your Christmas shopping yet? With only days to go and a pandemic still in full swing you would be forgiven for not having managed to get your hands on all the gifts you had wanted to, it’s difficult at the best of times to know what to buy someone unless they have specifically asked for something, but don’t panic as there is still enough time to find your friends and loved ones the ideal gift and we have hopefully made your lives that bit easier by compiling a handful of the top, most popular technology gifts you can buy right now in time for Christmas!

We have Artie 3000, an educational toy that helps children to learn basic and advanced coding. Artie 3000 once programmed draws your designs, shapes and games, it also comes pre-programmed so you won’t have to learn to code straightaway. There are many video resources online for Artie as well as a dedicated website (CodeWithArtie.com) that will guide you through and provide you with all you will need. 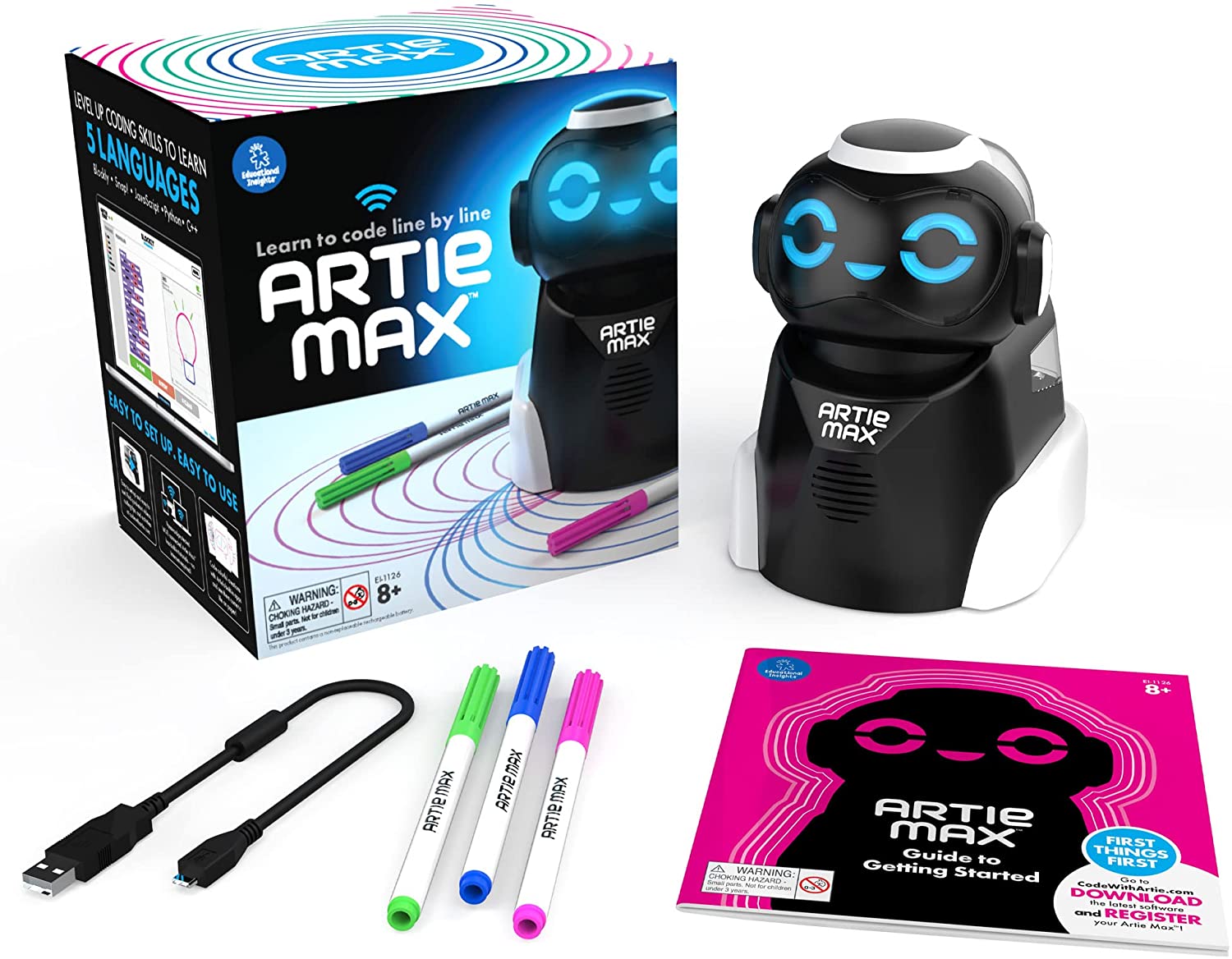 The device which usually retails in the UK for £74 or the US for $69.99 can be found online for £40 or $55.99. Reviews of the product suggest it is slightly more advanced for some as previously assumed, so if you’re not au fait with a basic level of coding it will possibly be a little less straightforward from the get go, though certainly not as confusing to use as the Big Trak released in 1979. Do any of you remember this bad-boy? 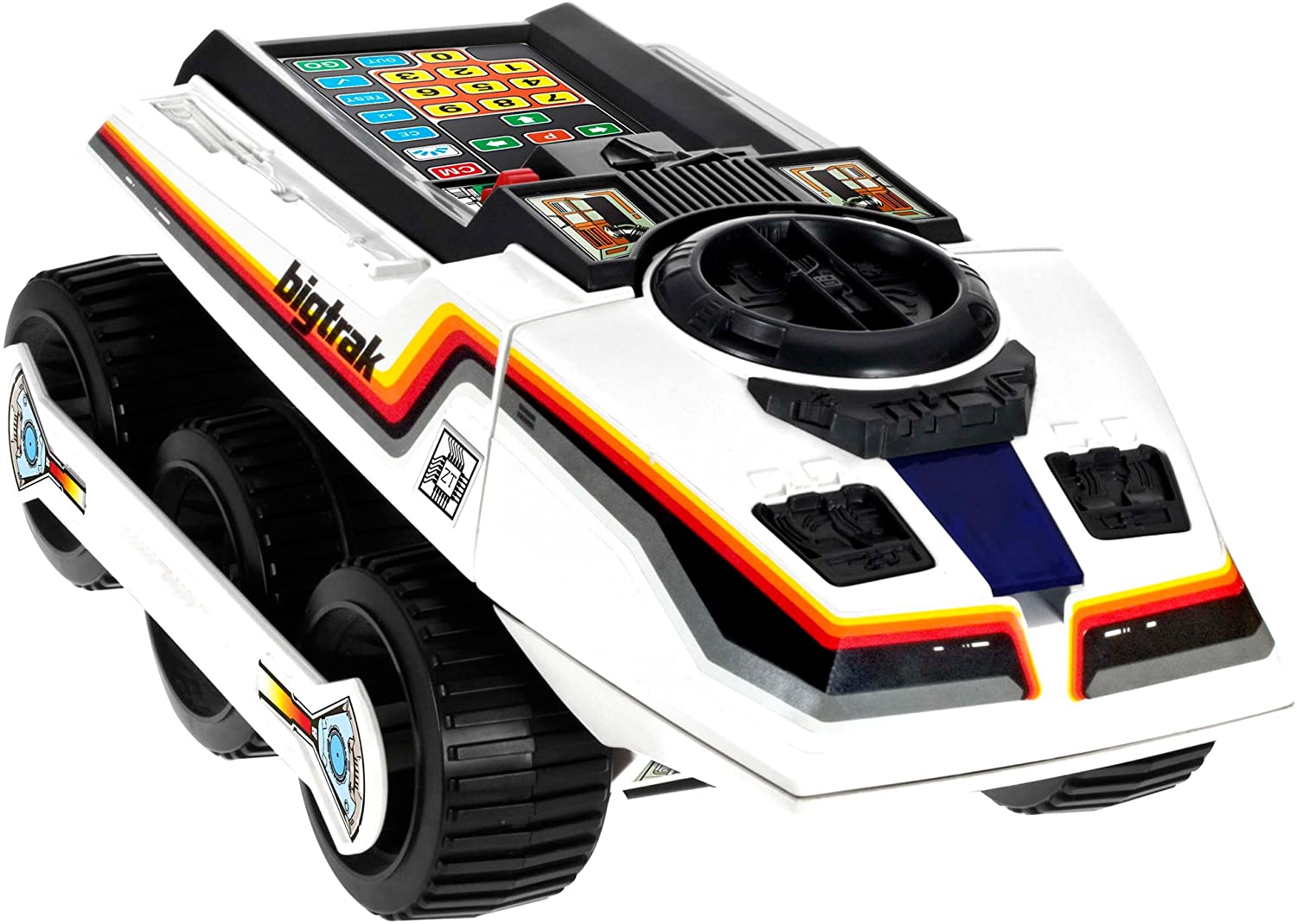 Elago 3 in 1 charging station for Apple iPhone, Apple Watch and AirPods! Inevitably not for everyone as though more than 1 billion people own an iPhone they don’t necessarily own the other two devices, for example approximately 100 million people own an Apple Watch while roughly 45 million own AirPods, so just in case be sure that if you are buying this as a gift that the person you are buying it for at the very least is planning on buying either or both of the two other items in due course. 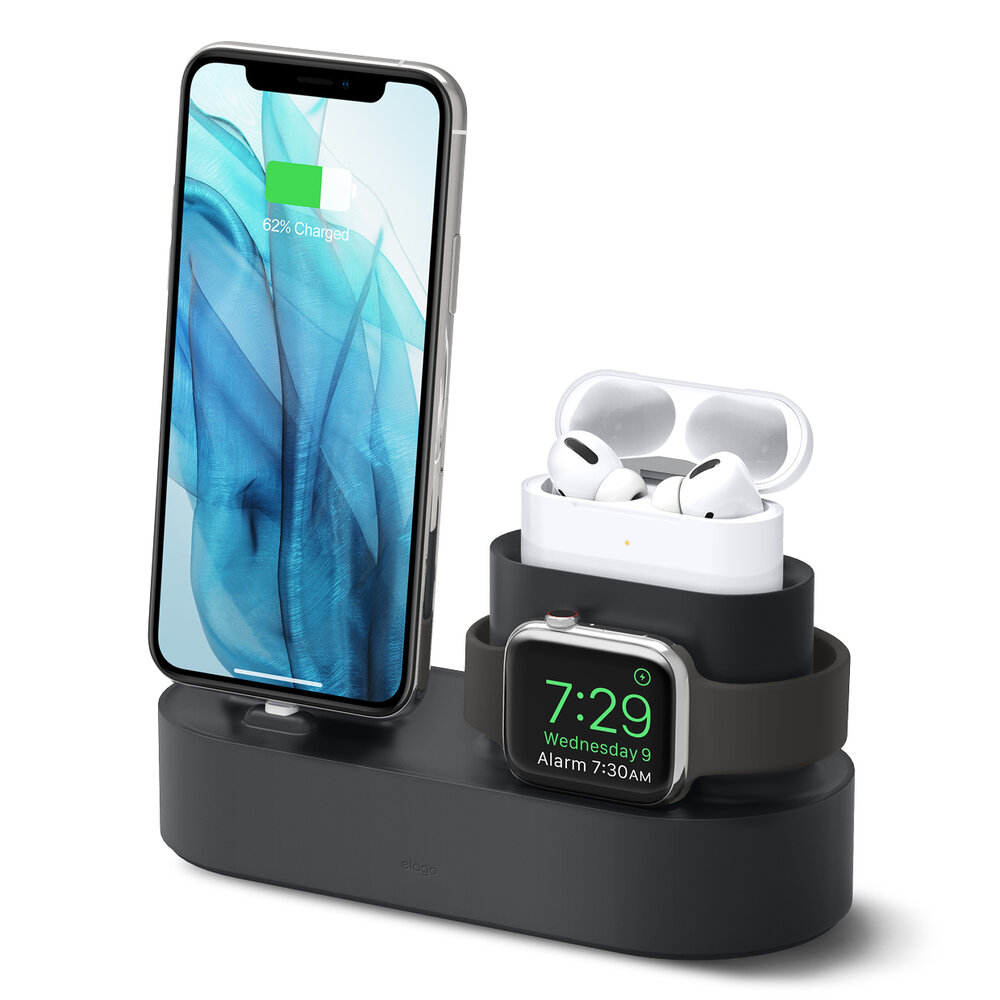 And as it states on the tin this device charges all three of your most used Apple carry and wearable devices and it makes an awful lot of sense having one smart, tidy docking device that does it all as opposed to several devices usually plugged in the wall in several different places with messy wires everywhere.

The elago 3 in 1 charging dock can be picked up online for as little as £22 or $23. However if you are in the UK and don’t mind waiting until after Christmas to receive one then you can pick one up for $23 from Amazon through their international shipping programme.

How often have you picked up a cold cup of tea or coffee? Obviously that was never our plan, no one likes a cold cuppa! However it is extremely common for people to drink hundreds if not thousands of lukewarm to cold cups each year, we simply get side-tracked or taken away from our seats to return to something that almost resembles what we had either made or ordered, but it’s never as enjoyable to drink. Or if you are one of the few lucky enough to get to take a few sips before your tea or coffee loses much of its temperature, you will note how quickly it went from being perfect drinking temperature to tepid at best within a matter of minutes, and that’s because as we well know heat rises, therefore the hottest part of any cuppa is at the top, anything underneath will be cooler, so when we drink the top layer it’s only going to get cooler from their.

However, do not fret as Ember Technologies has your back! Introducing to you the world’s first temperature controlled mug. Now this one is certainly not the cheapest of items at $137 or £130, however if you equate the number of times you have either used the microwave to reheat your cuppa, which never tastes the same once nuked or have made a fresh cuppa to replace the cold, then you will likely be saving some money on your electricity bill reheating or remaking using one of these.

Generally technologies are made to replace old methods with new ones, for example the move from video cassettes to DVDs to streaming online, it’s not that often that new technology is produced to recreate the old in the same format, that’s generally because the new technology provides much more functionality and in a much more compact, convenient form. However some things are just irreplaceable like the trusty wristwatch, though we have smartphones that tell the time and a whole lot more, virtually everyone you ask who wears one will tell you they prefer using their wristwatch to tell the time due to ease of use at a quick glance without having to stop what they were doing, instead of taking a device out of their pockets, it’s not just nostalgia that attracts us to such items, it’s the practicality too, and our next item provides both these things. 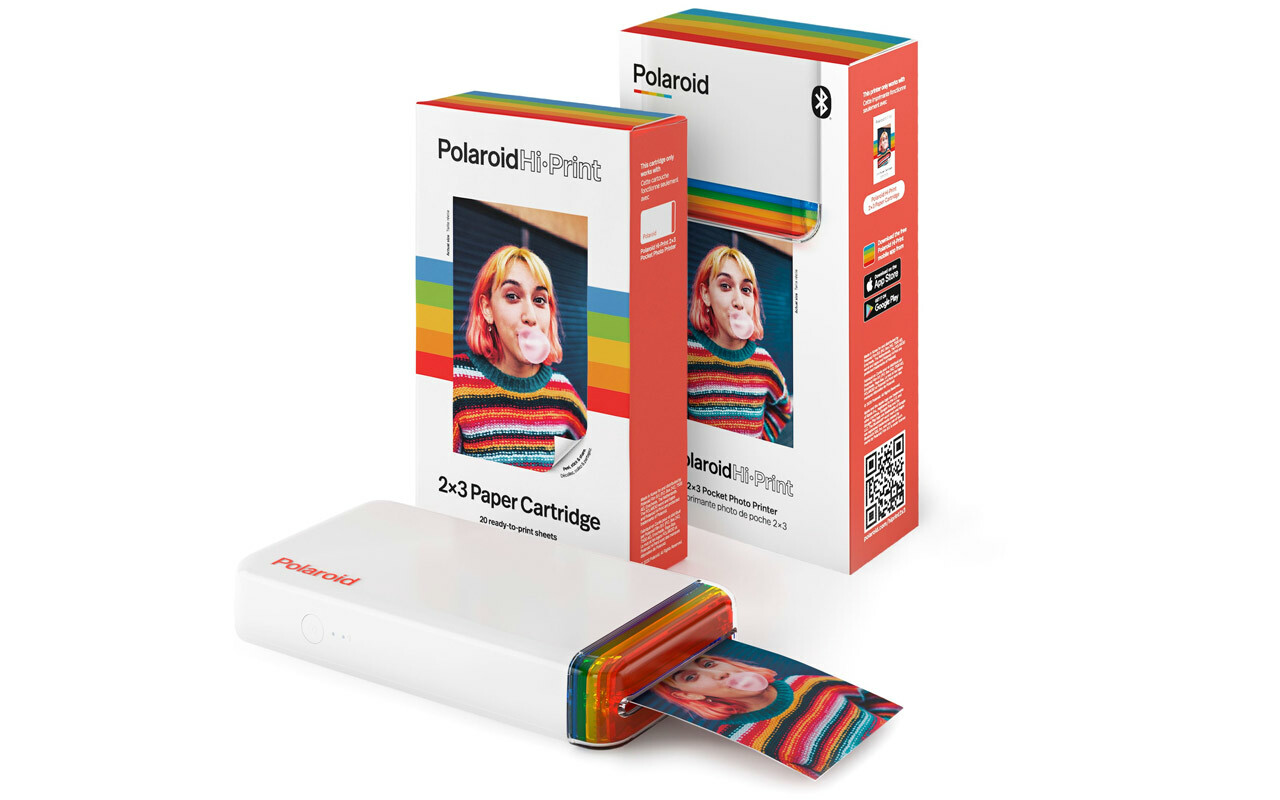 The Polaroid 9046 Hi-Print 2 x 3 pocket photo printer. Since the launch of digital cameras and then mobile phones with built in cameras became available the majority of us went from being the occasional photographer taking holiday snaps to becoming full blown paparazzi taking snapshots of everything we see it seems, however though terabytes of memory has been taken up storing these trillions of images the photographs taken are rarely ever, if at all, viewed again and that is why Polaroids have continued to be popular with many new Polaroid cameras readily available, and now of course we have the 9046 Hi-Print pocket printer which allows you to print images directly from your smartphone so that your most important memories are not lost among the masses but always available to view.

Do you find yourself singing in the shower or do you find your showers a little mundane? Well if you did or didn’t answer yes to either or both of those questions then you will definitely want to check out the iFox Creations IF012 speaker which is a WIFI, Bluetooth, waterproof premium quality speaker that will have you singing at your heart’s content, and if you’re tone deaf then you can drown out your bad singing by turning up the volume so your neighbours cannot hear quite how bad a singer you really are!

All jokes aside, it is well documented that music affects our mood. It tampers with the chemical production in our brains to produce dopamine and serotonin which in turn make us feel good, emotional, happy…, basically evoking different feelings, our mindset and the type of music we listen to obviously plays a role, so it’s important to start and end our days on a high and calming note, music is the ideal way to create these positive feelings though it is quite rare that we listen to music at the right times, but now we can! 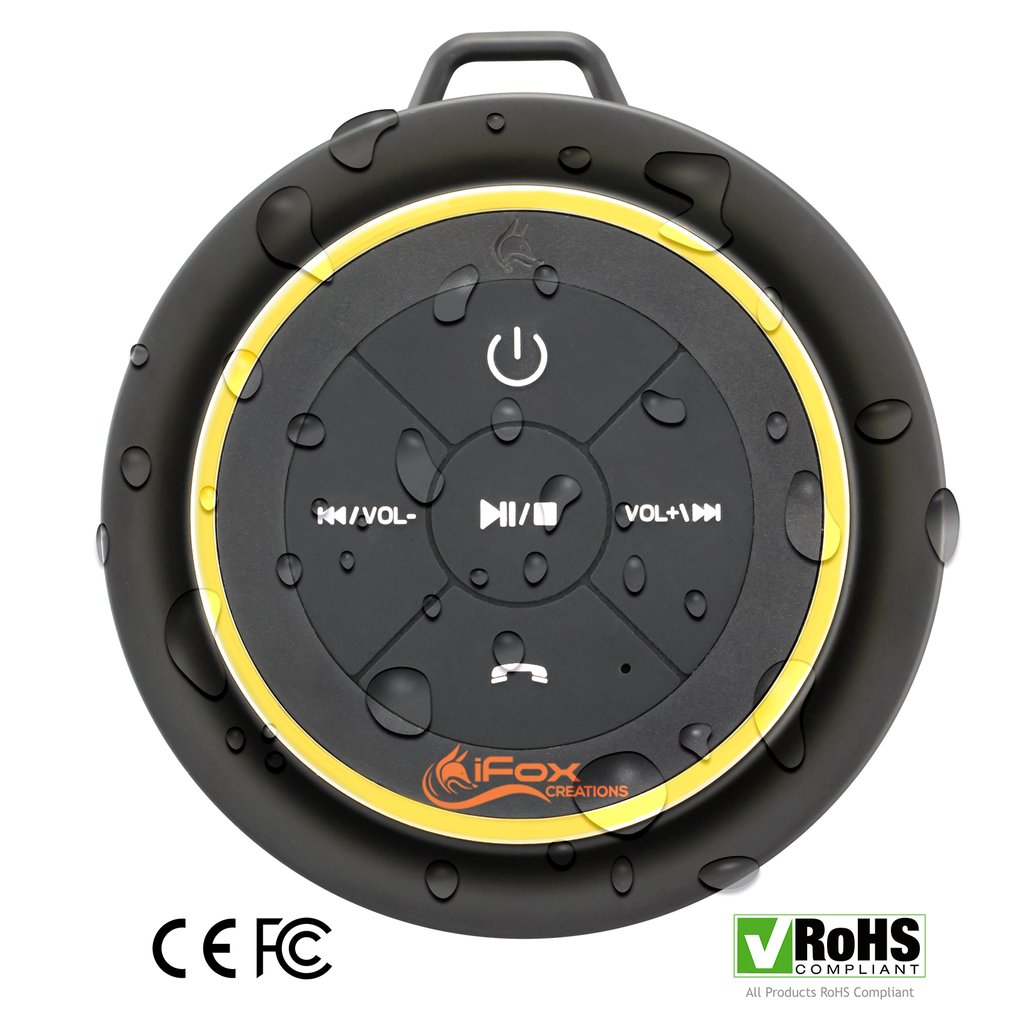 The iFOx IF012 speaker is the ideal bathroom buddy to help you start your day on a high and end it with calm and tranquillity, and at a price that isn’t going to cause stress either! The IF012 is currently on sale in the US at $34.90 or at the standard price in the UK at £34.99.

Now do be aware that many of the items on this list and the vast majority of items being bought in time for Christmas are some form of internet connected device and therefore will require that they are kept updated with the latest firmware and the phone, computer… they are connected to are protected with antivirus, unfortunately any device that has Bluetooth, WIFI… connectivity are open to hackers, so ensuring you have the best protection will give you that peace of mind and security.

If you would like to discuss your internet and device security at home, out and about or in the office then please don’t hesitate to contact us for an informal discussion on what products and software may best suit you.